← more from
Iron Pier
Get fresh music recommendations delivered to your inbox every Friday.
We've updated our Terms of Use. You can review the changes here. 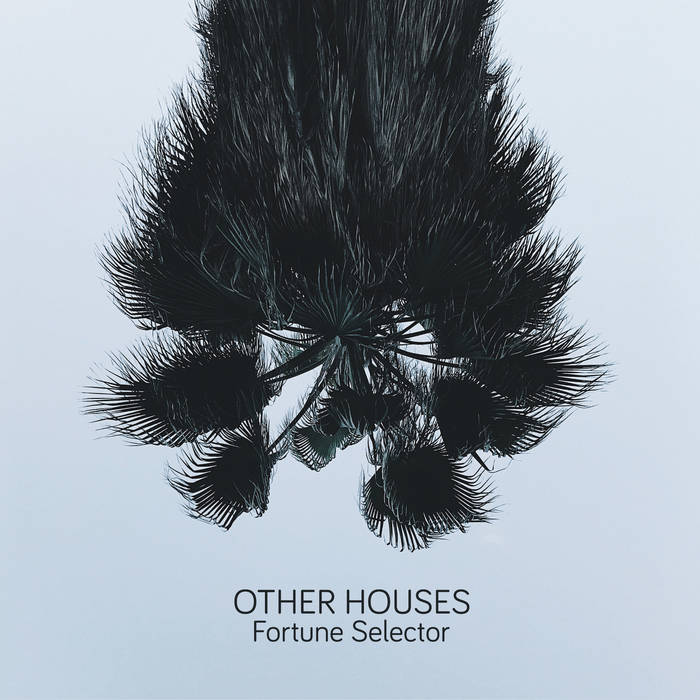 Fortune Selector is the new MLP from Brooklyn, NY, power pop band Other Houses, and their debut on the Iron Pier record label. The solo brainchild of Morgan Enos, this is Other Houses’ confident first blast as a full-fledged rock band, recorded with Californian players Adam Nash (guitar), Alex Nash (drums) and Ross Major (bass.)

Fortune Selector is well-represented by the album cover– a palm tree, the universal symbol of California – inverted. In fact, Enos and the players recorded the album directly before Enos relocated to New York City, most of it live, the night Enos turned twenty-four. These wonderfully hooky songs channel dichotomies - fame and insignificance, purity and impurity, change and stability - New York and California.

The jangly "Bad Ace" reveals a power-pop heart, while the anxious garage rocker "Me as Periodicals" recalls Elliott Smith. Acidic, wry, and absolutely packed with hooks, this is Other Houses’ strongest release to date, and marks a new era for Enos' prolific songwriting.

Fortune Selector is the third entry in Iron Pier’s Mini-LP series, a home for releases with album-length concepts but shorter run times. Fortune Selector follows Hollow Sunshine’s Bible Sea and Self Defense Family’s Colicky. The first edition of Fortune Selector is available as a limited edition white-label 12”, a cassette, and digitally.

Pre-order vinyl and cassette at www.ironpier.net.

Rock band in California and New York with voice of Morgan Enos.

Bandcamp Daily  your guide to the world of Bandcamp

Mille Petrozza stops by to talk about the new Kreator album, plus music by Trauma Bond